Continue to Site
Home » Proposed Alere acquisition to be terminated 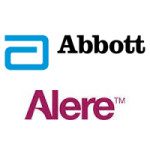 Abbott (NYSE:ABT) said today it filed a complaint with the Delaware Court of Chancery seeking to terminate its proposed $5.8 billion acquisition of Alere (NYSE:ALR), referencing a “substantial loss in Alere’s value.”

Illinois-based Abbott said that since signing its agreement to pick up Alere on January 30, the company has “suffered a series of damaging business developments.”

These include the permanent recall of a product platform, government elimination of billing privileges for an Alere division, multiple government and criminal subpoenas and a 5-month delay on its 10K filing, as well as admitting internal control failures which require a restatement of its 2013-2015 financials, Abbott said.

“Alere is no longer the company Abbott agreed to buy 10 months ago. These numerous negative developments are unprecedented and are not isolated incidents brought on by chance. We have attempted to secure details and information to assess these issues for months, and Alere has blocked every attempt. This damage to Alere’s business can only be the result of a systemic failure of internal controls, which combined with the lack of transparency, led us to filing this complaint,” Abbott external communications VP Scott Stoffel said in a press release.

Abbott said that under the terms of the merger agreement signed in January, the company may “terminate the transaction if adverse events materially change Alere’s long-term prospects.”

Shortly after Abbott announced the suit, Alere responded by saying that the filing is “entirely without merit.”

“As Abbott well knows, none of the issues it has raised provides it with any grounds to avoid closing the merger. Alere has fully complied with its contractual obligations under the merger agreement and is highly confident that the merger will be completed in accordance with the terms set forth in the merger agreement. Alere will take all actions necessary to protect its shareholders and to compel Abbott to complete the transaction in accordance with its terms,” Alere wrote in a press release.

The $5.8 billion deal, which was announced in February, ran into trouble right out of the gate. A March 11 subpoena from the U.S. Justice Dept. sought documents on Alere’s dealings with 3rd-party distributors and foreign healthcare officials and the company was late in filing its full-year results for 2015. Alere in April rejected a $50 million offer from Abbott to spike the merger; in July the DoJ initiated another probe into Alere’s billing practices for pain management payments from government insurance programs.

Alere sued Abbott the next month, looking to force its would-be acquirer to obtain all antitrust approvals required to complete the acquisition. In early September, Delaware Chancery Court Judge Sam Glasscock put the lawsuit on the fast track and urged the companies to try and talk things out; an attempt at mediation failed later that month.

Abbott filed its counter-suit last month, the same day that the Centers for Medicaid & Medicare Services revoked enrollment for Alere’s Arriva diabetes division after finding that it submitted claims for 211 deceased patients.

Abbott is hoping to close another deal, the $25 billion acquisition of St. Jude Medical (NYSE:STJ), by the end of this year. Anti-trust regulators in the European Union granted conditional approval to the merger in November. Alere alleges in its lawsuit against Abbott that its would-be acquirer got cold feet after inking the St. Jude deal in April.